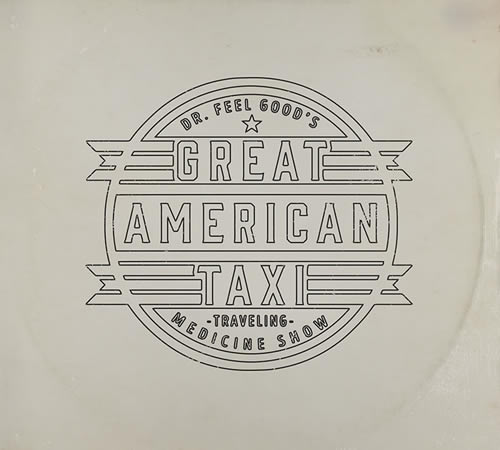 Great American Taxi are a rock & roll classic, a timeless mixture of gutsy pop, calloused hand country, blue-eyed R&B, and bare-knuckle barroom chooglin’ with songs for the everyman and woman grinding out the working week and anxious to shuffle the day’s cares away.

Boogie rock champs with big beating hearts backed up by thousands of gigs and highway miles.

Dr. Feelgood’s Traveling Medicine Show roars out with a country roadhouse bounce, declaring, “We can run as fast as our heart beats.”  Elsewhere there’s the bell bottom blues of “Sunshiny Days,” reflective shuffle “Home,” the classic AM radio jump of “Everybody,” the rawhide gypsy dance of the title tune, PBR raising anthem “Out On The Town,” and the shimmering sigh of closer “Mother Lode” – all part of a well-rounded journey that actually takes one somewhere.

With active solo and studio work, membership in other projects, and several lifetimes under their belts, the men of GAT approached their first set of non-road tested material – which features originals from Staehly, Lewin and Lee Land (who teams up with his wife Carol Lee for lyrics on all of his compositions) – with open minds and an eagerness to explore the full range of their collective talents.

The result is a feeling-filled, invigorating calling card for the latest chapter in Great American Taxi’s tale of American fortitude and active dreaming with many on-ramps for fellow travelers.  Already veterans of the national club scene and festival circuit, the band has settled into switched-on maturity in style, ready to connect with fans, old and new, and give them a reason or three to smile and lift their heels.